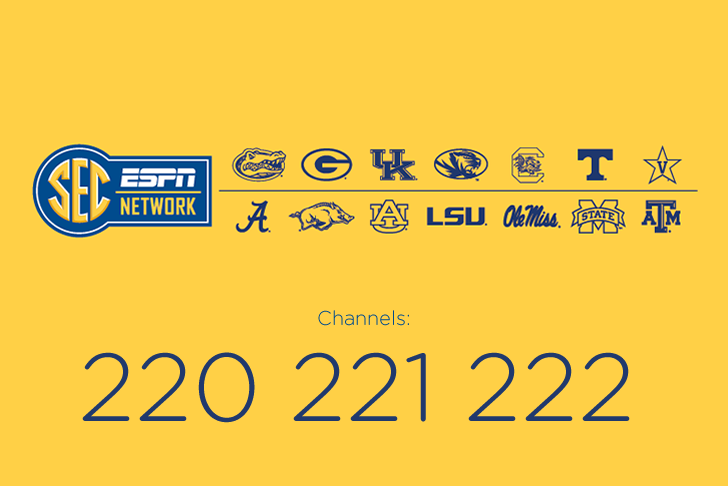 ESPN and the Southeastern Conference joined forces to create The SEC Network. This channel serves fans of arguably the nation’s top NCAA sports conference – the SEC.

SEC Network programming is available to all C Spire Fiber TV customers via the WatchESPN app. When prompted, select C Spire as your TV provider and then enter in your cspire.com username and password to access.