20 years after the original Independence Day film, Hollywood gives us another delicious taste of summer-action-blockbuster on a stick. Independence Day: Resurgence is available now for rental on C Spire Fiber TV On Demand.

END_OF_DOCUMENT_TOKEN_TO_BE_REPLACED

NBCSN covers a wide variety of U.S. based and international sporting events and leagues not available on other sports networks.This includes a ton of Motor Sports, Soccer, Hockey, Cycling, College Football and more.

END_OF_DOCUMENT_TOKEN_TO_BE_REPLACED 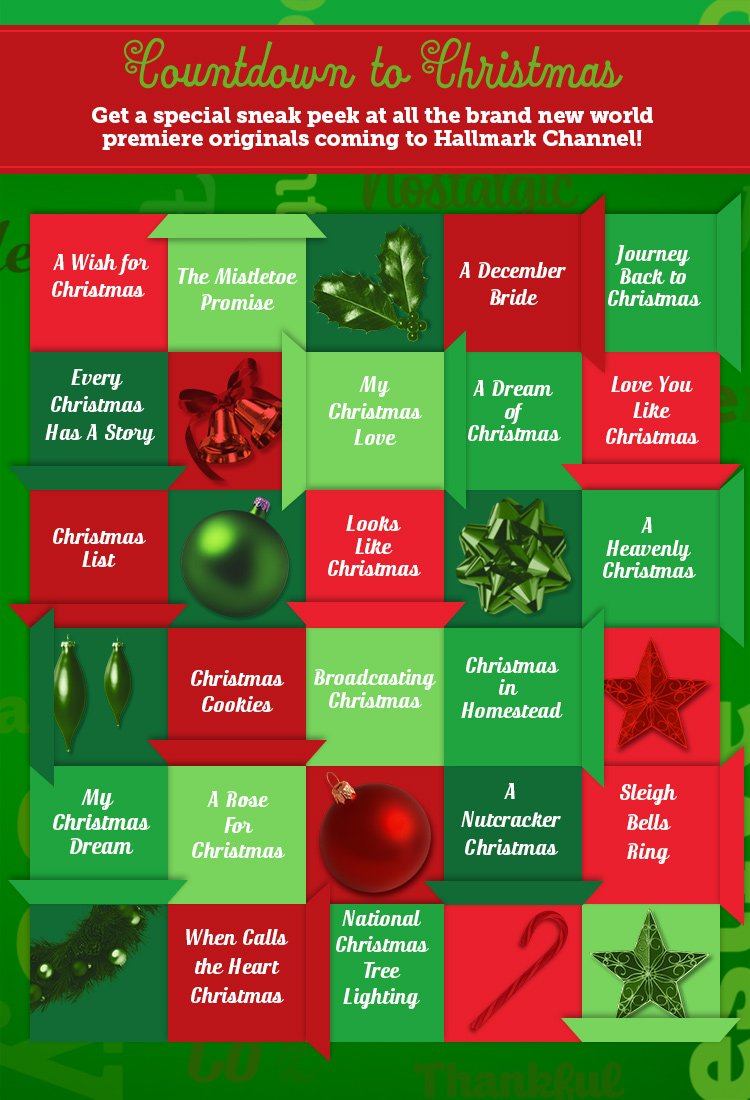 Click the image above to link to the Countdown to Christmas page over on Hallmark Channel’s website for a super exclusive sneak peek of this holiday season’s programming!

The pantheon of U.S. TV & Film is filled with crime fighting duos. This includes such standouts as Turner & Hooch, Cagney & Lacey,  Murtaugh & Riggs, Tango & Cash, Cates & Hammond, and the greatest crime duo ever to grace the earth, Crockett & Tubbs of Miami Vice fame.

But these stalwarts of the buddy-cop style now have some competition and it comes from arguably two of 2016’s most popular entertainers: Dwayne ‘The Rock’ Johnson and Kevin Hart. The Rock and Hart play Bob Stone and Calvin Joyner, respectively. And in Central Intelligence, Stone & Joyner team up to help break up an international espionage ring focused on compromising the U.S.’s top secret satellite system.

Film Synopsis: Bullied as a teen for being overweight, Bob Stone (Dwayne Johnson) shows up to his high school reunion looking fit and muscular. While there, he finds Calvin Joyner (Kevin Hart), a fast-talking accountant who misses his glory days as a popular athlete. Stone is now a lethal CIA agent who needs Calvin’s number skills to help him save the compromised U.S. spy satellite system. Together, the former classmates encounter shootouts, espionage and double-crosses while trying to prevent worldwide chaos.

When it comes to Digital TV (also known as IPTV), higher bitrates mean better quality. And nobody can beat the quality of picture we’re delivering to our esteemed customers in Jackson, Starkville and Quitman areas.

END_OF_DOCUMENT_TOKEN_TO_BE_REPLACED

Film Synopsis: Manny the mammoth starts to worry when his daughter Peaches announces her engagement. Still unlucky in love, Sid the sloth volunteers to plan the couple’s wedding. To Manny’s dismay, nothing can stop the upcoming nuptials, except maybe the end of the world. When Scrat accidentally launches himself into outer space, he sets off a chain reaction that sends an asteroid hurtling toward Earth. Now, the entire herd must leave home to explore new lands and save itself from Scrat’s cosmic blunder.

Rated PG for mild rude humor and some action/peril.

Film Synopsis: Paranormal researcher Abby Yates (Melissa McCarthy) and physicist Erin Gilbert are trying to prove that ghosts exist in modern society. When strange apparitions appear in Manhattan, Gilbert and Yates turn to engineer Jillian Holtzmann for help. Also joining the team is Patty Tolan, a lifelong New Yorker who knows the city inside and out. Armed with proton packs and plenty of attitude, the four women prepare for an epic battle as more than 1,000 mischievous ghouls descend on Times Square.

Ghostbusters (2016) is rated PG-13 for supernatural action and some crude humor.

Tarzan was raised from a boy in the African jungles by the Mangani apes. He subsequently was found and raised by members of the British aristocracy, only to reject the modern world and return to his beloved home in Africa.

Since his first appearance on the silver screen, Tarzan has starred in some 200 films played by such notables as U.S. Olympians Buster Crabbe and Johnny Weissmuller, the NFL’s Mike Henry, and actor Christopher Lambert.

Film Synopsis: It’s been nearly a decade since Tarzan (Alexander Skarsgård), also known as John Clayton III, left Africa to live in Victorian England with his wife Jane. Danger lurks on the horizon as Leon Rom (Christoph Waltz), a treacherous envoy for King Leopold, devises a scheme that lures the couple to the Congo. Rom plans to capture Tarzan and deliver him to an old enemy in exchange for diamonds. When Jane becomes a pawn in his devious plot, Tarzan must return to the jungle to save the woman he loves.

The Legend of Tarzan is rated PG-13 for sequences of action and violence, some sensuality and brief rude dialogue.