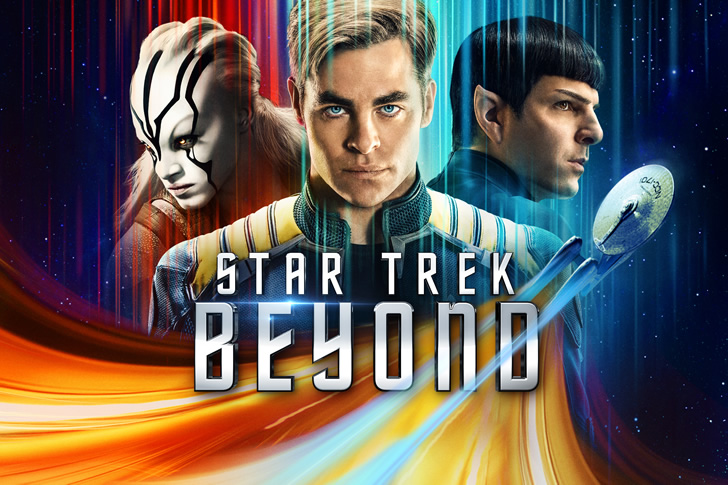 Greetings intrepid, interstellar adventurers. The gang’s all here and they’re ready to take you into the deepest reaches of space on a cinematic thrill ride called Star Trek Beyond. Kirk, Spock, McCoy, Uhura, Sulu and Chekov are in their seats and good ‘ole Scotty has the Enterprise all gassed up and ready to go. So join us on a VOD adventure that takes you beyond your everyday space movie into the realm of space-epic.

Film Synopsis: A surprise attack in outer space forces the Enterprise to crash-land on a mysterious world. The assault came from Krall (Idris Elba), a lizard-like dictator who derives his energy by sucking the life out of his victims. Krall needs an ancient and valuable artifact that’s aboard the badly damaged starship. Left stranded in a rugged wilderness, Kirk (Chris Pine), Spock (Zachary Quinto) and the rest of the crew must now battle a deadly alien race while trying to find a way off their hostile planet.

Star Trek Beyond is rated PG-13 for sequences of sci-fi action and interplanetary species violence.