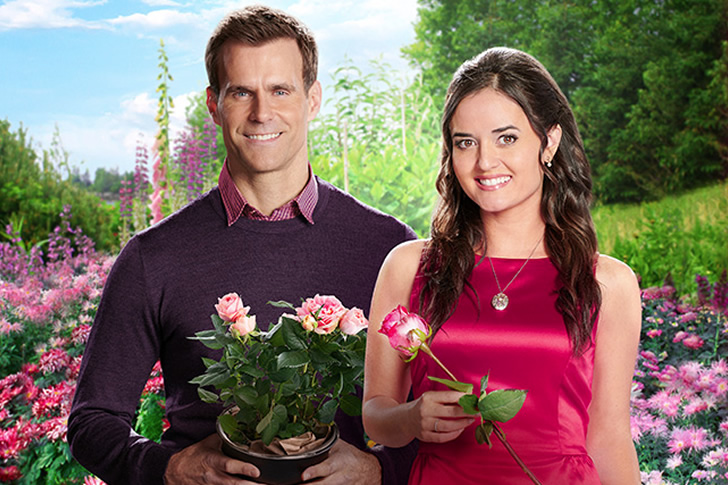 Nothing warms up a chilly February like a weekend full of feel-good, romantic movies from our friends at Hallmark Channel (ch 112)! And this year, the ever popular network has some real gems in store. 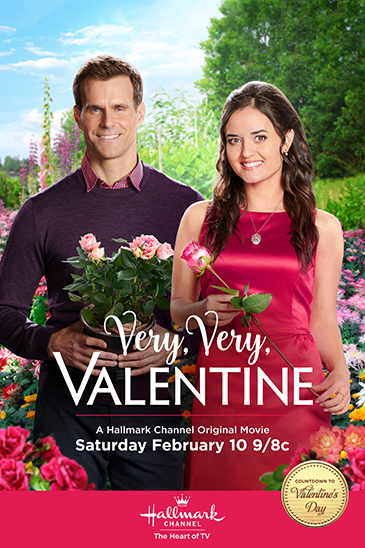 Helen (McKellar) works in a flower shop, and her best friend Henry (Mathison) works at
the botanical gardens. When they both go to a masquerade gala, she mistakes a masked man for Henry but he’s nowhere to be found, and the same masked man ends up enchanting Helen all evening. But in true Cinderella-like fashion, he rushes off after the clock chimes, dropping his boutonniere. Love-struck, Helen recognizes the rose he was wearing as one she crossbred and the next day she learns that Charles Bradfield (Runyan) got it at her shop. To Henry’s dismay, Helen and Charles begin dating until she finds out he plans to turn the botanical gardens into.

With his job in jeopardy, and heartbroken as well, Henry decides to leave. He’s always
been in love with Helen and when she finally admits she feels the same, he’s already taken a job in Arizona. Finding solace in her work, Helen is asked to deliver flowers to a man at the botanical gardens and is met with the most romantic surprise of her life.
“Very, Very, Valentine” is a Chesler/Perlmutter Productions film. Lewis Chesler, David
Perlmutter, and Rob Vaughn are executive producers and Marek Posival serves as producer. Don McBrearty directed from a script by Marcy Holland. 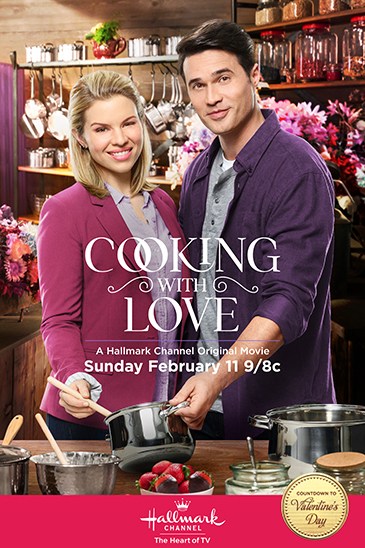 Ali Liebert (“Ten Days in the Valley,” “A Gift to Remember”) and Brett Dalton (“Agents of S.H.I.E.L.D.,” Lost in Florence) star in “Cooking with Love,” a new, original movie premiering Sunday, February 11 (9 p.m. ET/PT) on Hallmark Channel. This romantic comedy that serves up a taste of culinary passion right from the kitchen also stars Janet Kidder (“Arrow”).

Reality cooking show producer Kelly (Liebert) prepares for “Little Gourmet” – a cooking
show for kids. This season is especially important for Kelly, as it is her boss Amanda’s  (Kidder) last season and Kelly is in the running for a promotion when Amanda leaves the show. When show host Chef Betty (Gabrielle Rose, “The Man in the High Castle”) has an unexpected injury, Kelly hires controversial Chef Stephen (Dalton) as her temporary replacement. Though they butt heads at first, eventually the two pair up to help one another—and even form a romantic connection. Kelly helps Stephen soften his damaged image, and Stephen encourages Kelly to share her creative ideas so she wins the promotion over her competition, Jeremy (Preston Vanderslice, “Girlfriends’ Guide to Divorce,” “Garage Sale Mystery: A Case of Murder”). Just as their romance begins to blossom, though, Chef Betty returns and Stephen receives an offer to host a show across the country. Kelly is also shocked to learn that Jeremy has stolen her ideas and presented them as his own. When Chef Betty hurts herself right before the live finale, Kelly must seize the opportunity to both prove her producing skill and bring Stephen back into her life.