Amazon has released a new remote control that includes new power and volume controls. Meaning you may never have to go back and forth between your Fire TV remote and your TV’s remote again!

Currently priced at around $15, this remote would be an awesome upgrade for those
C Spire TV customers that are looking to make their experience even more streamlined.

Learn more and purchase your new Alexa Voice Remote with Power and Volume Control today and take a step towards streamlining your entertainment experience. 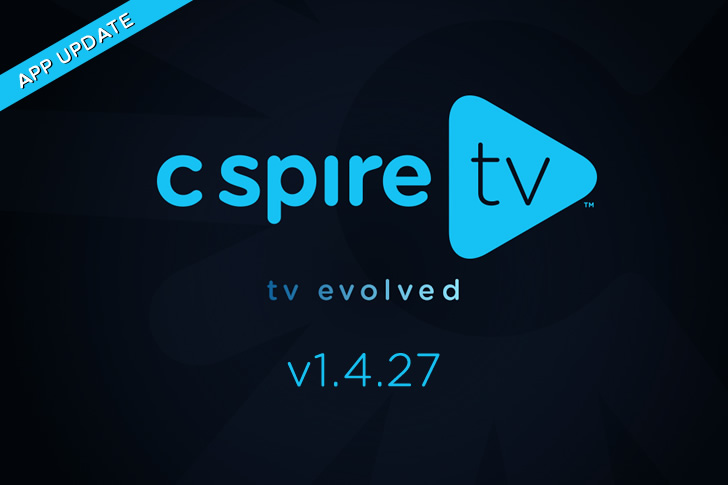 We’ve published the v1.4.27 update to the C Spire TV app for Amazon Fire TV to the Amazon Fire App Store. This app update includes various performance and stability improvements over the previous version. We recommend updating your app when prompted.

Amazon has made some changes to the way they are handling app updates on the Amazon Fire TV platform. Previously, Amazon Fire TV would update apps in the background. However, we’ve encountered a new behavior where the platform is now prompting users to update as part of the app launch sequence.

So even if you have your apps set to update automatically, you will likely get a notification asking you to update your app.

The update takes just a few seconds and you will be up and running with a version that is more performant and stable! 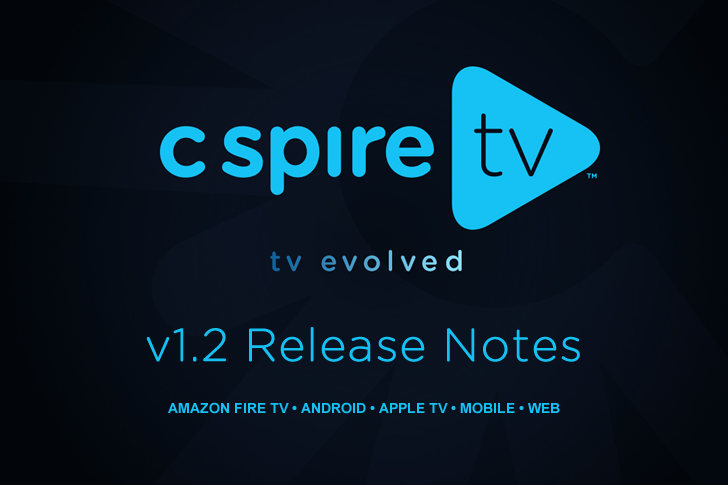 C Spire TV 1.2 delivers vast improvements in stability across all platforms and introduces support for Android and iOS smartphones / tablets and the latest streaming media players by Amazon and Apple.

Availability: This important app update is being rolled out to the C Spire TV subscriber base over the course of the next 48-72 hours.

» How do I update the free C Spire TV app? 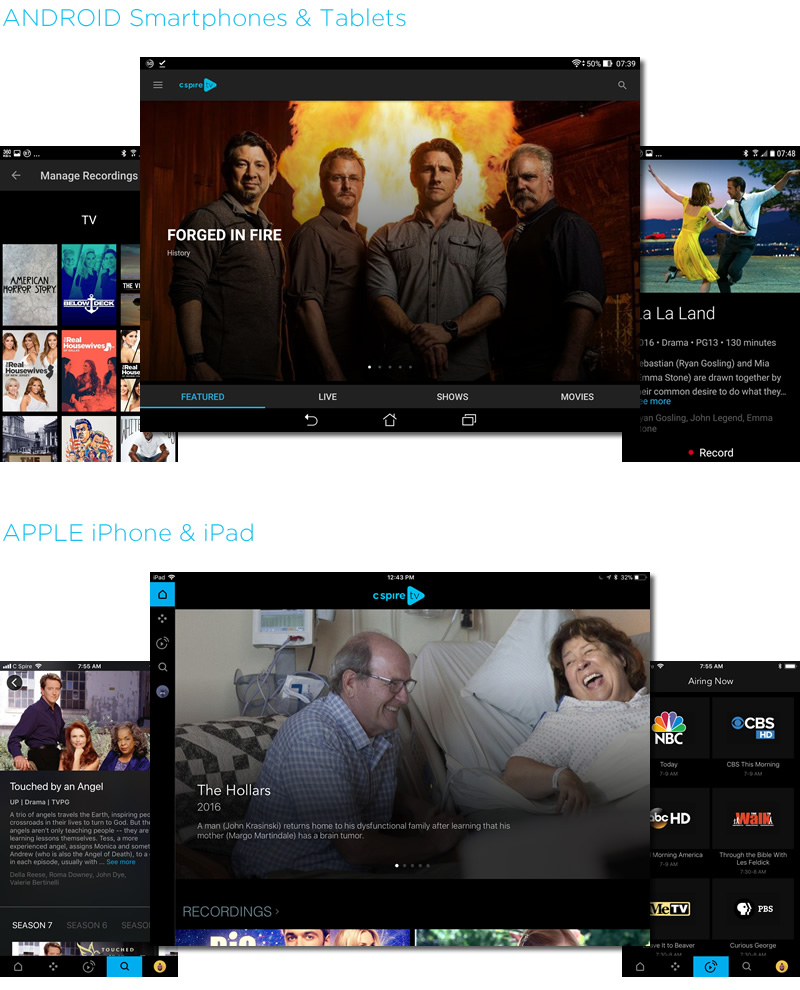 Enjoy C Spire TV on Android smartphone or tablet. Enjoy access to live tv, on demand shows and movies, and watch your cloud DVR recordings on your iOS device running Android 7 and above.

Enjoy C Spire TV on your iPhone or iPad. Enjoy access to live tv, on demand shows and movies, and watch your cloud DVR recordings on your iOS device running iOS 10 and above.

Have a suggestion or feedback? Please reach out and submit your idea on how to make C Spire TV better.  Then take a moment to vote on other suggestions from fellow C Spire TV subscribers. Your participation will help us determine the next features we work on!

For a full list of new features and bug fixes, please refer to the online C Spire TV Userguide

We Want Your Feedback

C Spire TV has been crafted from the ground up based on the input from you, our amazing C Spire customers. And we want to be sure that you continue to play a major part in setting the direction of this product.

So if you have a suggestion or feedback that you think will make C Spire TV even better, we’d love for you to add your suggestion to our dedicated product feedback forum at the following address: http://cspiretv.uservoice.com.